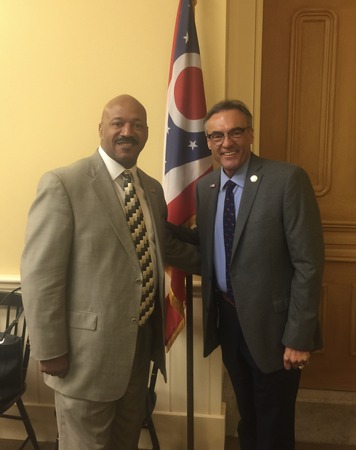 The Ohio Pharmacists Association (OPA) is pleased to announce that the Ohio House Government Accountability & Oversight Committee voted unanimously in favor of HB 479, sponsored by Representative Scott Lipps (R-Franklin) and Representative Thomas West (D-Canton) that aims to end a secretive practice that is causing patients to pay more than they should at the pharmacy counter. Specifically, the bill would prohibit co-pay clawbacks and pharmacist "gag orders" that stand in the way of lower prices for patients at the pharmacy counter.

As prescription drug prices continue to grow, 6 in 10 Americans say lowering the cost of prescription drugs should be a “top priority” for lawmakers. In Ohio, despite the failure of the unworkable "Drug Price Relief Act" (Issue 2), a message was sent that something must be done to get drug pricing under control. OPA has worked extensively with Reps. Lipps & West to address out-of-pocket expenses for patients and to shed light on a problem that OPA members have said must be stopped.

HB 479, dubbed the "Prescription Drug Co-Pay Integrity Act," will prohibit the practice of pharmacy benefit managers (PBMs) requiring pharmacists to charge patients an amount greater than the pharmacy's cash price for a particular prescription drug. Second, the legislation would prohibit "gag clauses" that some PBMs place in pharmacy contracts that penalize pharmacists for disclosing a complete picture of the financials of a patient's prescription drug transaction.

This issue has received significant attention in the media in recent years, and it all started with a 2016 investigative report from a news station in New Orleans. Similar legislation has already been passed in more than a dozen states. The practice has resulted in more than 16 lawsuits across the country.

To mark the roll-out of HB 479, OPA stood alongside Reps. Lipps & West, and Holly Pendell, director of advocacy and activist engagement for the National Multiple Sclerosis (MS) Society, to announce the bill's introduction. To view that press conference in its entirety, see the Ohio Channel's video HERE.

It's no secret that OPA has been very outspoken about the problems with prescription drug pricing (see here, here, here, and here). We've spent a great deal of time working to reform a broken system that rewards big supply chain middlemen and results in higher drug costs for employers, taxpayers, and patients. HB 479 is just one attempt at ensuring that patients aren't paying any more than they have to for their needed medications.

"The clawback is just the latest example of PBM tactics that deceive patients, inflate the cost of prescription drugs, and line the pockets of administrative middlemen," said OPA Director of Government & Public Affairs Antonio Ciaccia. "It's time to reclaim the idea that a co-pay is a shared payment; not an imposed overpayment." 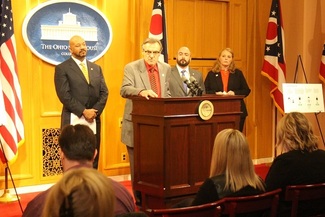 The passage of HB 479 follows a recent announcement from the Ohio Department of Insurance (ODI), which has now effectively prohibited PBMs and/or health insurers from engaging in each of the following practices:

HB 479 will build upon ODI's edict, and furthermore, it will codify the language in Ohio law.

Passage of HB 479 also comes on the heels of a recent speech from President Donald Trump, where he announced sweeping drug pricing reforms - most of which were squarely focused on PBMs. President Trump specifically referenced the "gag rules" that PBMs place in pharmacy contracts. Addressing the practice, he said, "This is a total rip-off, and we are ending it."

CMS Administrator Seema Verma also issued a memo to all Medicare Part D plans, stating, "We are committed to empowering patients with the information they need to make informed decisions about their care. This includes ensuring that all patients have access to drug price information that can help them save money and get the most value from their insurance coverage. In Medicare Part D, our existing policy requires plan sponsors to ensure enrollees pay the lesser of the Part D negotiated price or copay, or be subject to CMS compliance actions. We want to make it clear that CMS finds any form of “gag clauses” unacceptable and contrary to our efforts to promote drug price transparency and lower drug prices."

Now that HB 479 has passed out of committee, the bill will need a vote on the floor of the Ohio House of Representatives. Please contact your state representative and ask them to VOTE YES on HB 479!

HB 479 has attracted supporters from across the industry, and our "Ohio Prescription Partnership" coalition continues to grow. Here is a list of the current supporters of the legislation: 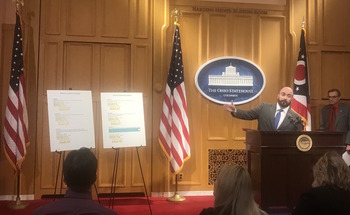